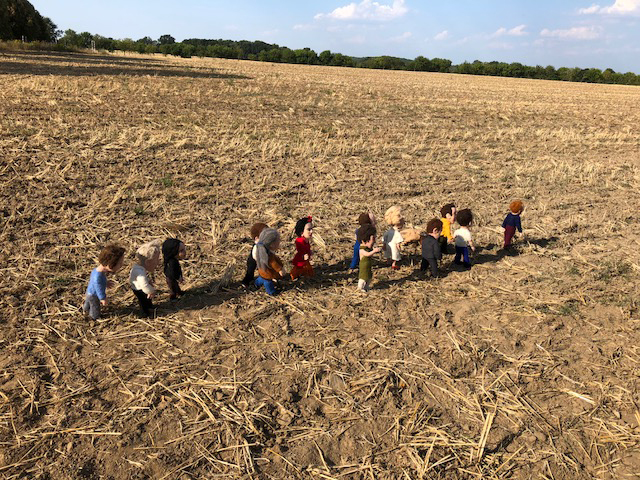 In the Field / Photo by Klaus Fahlbusch

Many artists have died prematurely. In the installation, they are reborn as felted sculptures. The origin of the idea roots in the observation that many artists die because of their all-consuming passion of being an artist.

The artists represented by the sculptures were individuals in the extreme during their time. They struggled with their own existence and identity. Through this installation, they tear down differences and act as strong group and share a goal. They represent the same direction. 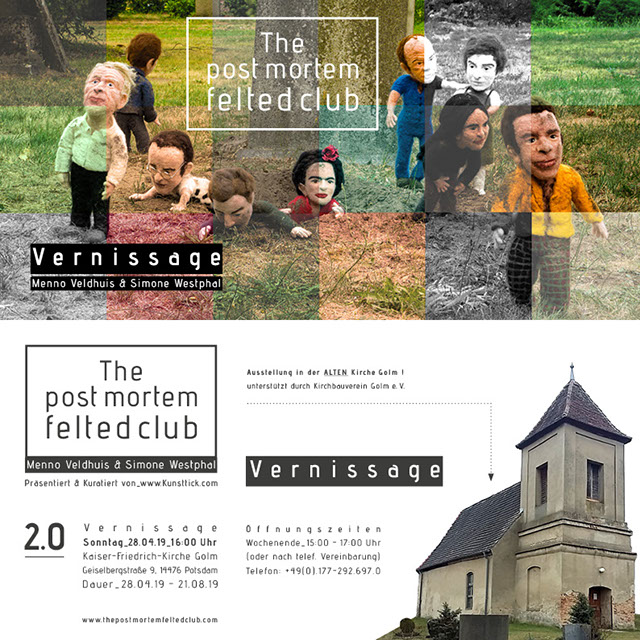 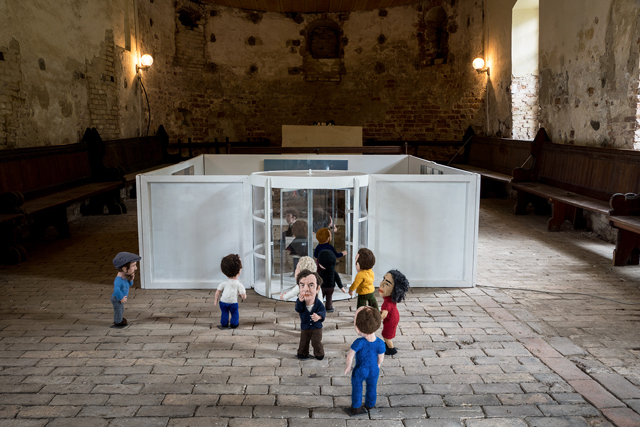 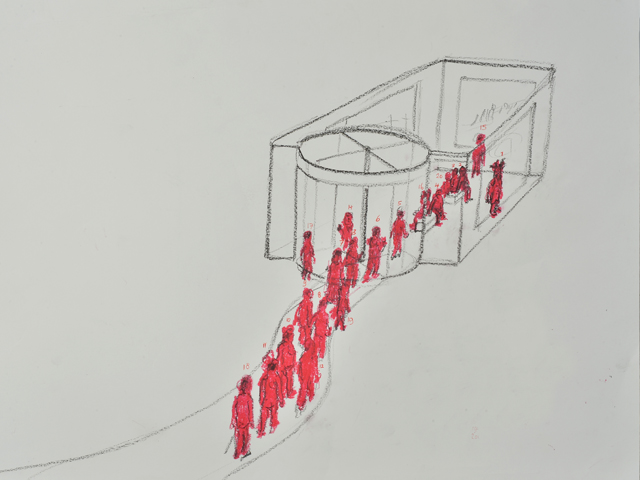 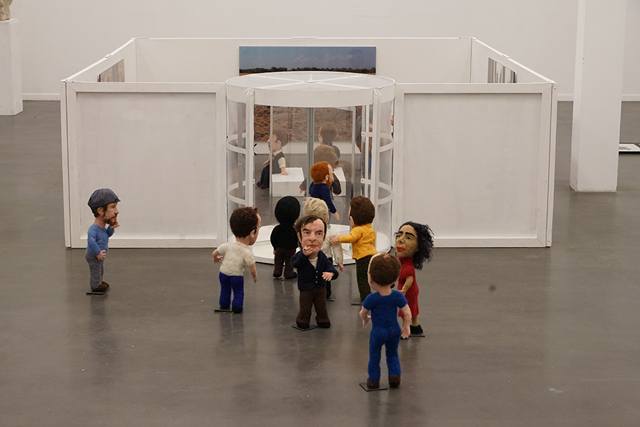 The content of the project shares a personal connection of one of its artists, Menno Veldhuis, who suffered a stroke in 2015 at the age of 40. Only barely escaping death, his view of his own life and his artistic accomplishments changed radically; his current project ideas are characterized by the search for a new identity. He embarks on this search together with the artists selected as a part taken for the whole by him and his colleague Simone Westphal, who are resurrected in the form of felt dolls. The realization of the work is taken over by Simone Westphal, who reimagined the 20 selected artists, including Jackson Pollock, Nicolas de Staël, and Keith Haring, as dolls made of wool. In a tedious and lengthy process, she sticks a needle into raw wool over and over again, and reincarnates the various artists into the “Post mortem felted club”.

The doll has a firm place in art history since the beginning of the 20th century. From Oskar Kokoschka to Giorgio de Chirico, from the Dadaists to the Surrealists to Hans Bellmer and Louise Bourgeois, the doll developed a broad spectrum of motifs in art. Menno Veldhuis and Simone Westphal trace the artistic existence and dedicate themselves to the question: “What remains?” The prematurely deceased, represented with a visual portrait of each respective artist, appear and refer back to both their work and their fate. They are recalled to the present as small-scale images, as dolls, and are also photographically present as they make their way into the museum.

As for the question, “what remains?”, we as an institutional museum are also challenged to answer it. Only a museum that offers young, as well as unknown, artists a space, and consequently a public sphere, will enable the artistic and social diversity that we in the cities so desperately need. At the same time it allows an healthy growth in the art market. This installation by Menno Veldhuis and Simone Westphal is an appeal through the eyes of the prematurely deceased, to grant artists premortem access to the art world, an appeal that we, as museum visitors, should also think about.

Friedrich Nietzsche wrote these lines in his last great work “Ecce homo” (1888/89), just a few short months before his tragic collapse. Today, this work is an elementary component of his philosophy and vital literary canon. Nietzsche had already anticipated that he had not yet been recognized as an inspirational philosopher of his time – “to be born posthumously” – for the future generations of modern artists from the end of the 19th century to the present. It is and was artists such as Vincent van Gogh, Frida Kahlo, Eva Hesse, Jean-Michel Basquiat, Diane Arbus, or Francesa Woodman, who thought new thoughts, chose new forms of expression, and defined the aesthetic values of their respective generations in a completely new way. Regardless of success, recognition, and fame, they pursued new paths in the visual arts with the greatest consistency and determination as they paved the way for generations to come. Many of them failed due to social disregard, and many suffered from fatal illnesses or died by suicide.

The project by Menno Veldhuis and Simone Westphal shows just how many artists and their legacies and intensive creative processes were cut short by premature deaths, that is, death before the age of 50. The artists and their works were often rediscovered several years or even decades later, as if they were “born posthumously”, as Nietzsche put it, or as Arthur Segal demonstrated in his 1921 socially critical painting “Künstlers Erdenwallen” (Artist’s Journey of Life). In 1901 and 1905, Vincent van Gogh was rewarded with major memorial exhibitions in Paris, Berlin, and Amsterdam; in 1972, one year after her death, Diane Arbus was the first American photographer to be exhibited at the Venice Biennale, and was honored with a retrospective exhibition by the Museum of Modern Art in New York in the same year.

“I am one thing, my writings are another. Here, before I speak of the books themselves, I shall touch on the question of their intelligibility or unintelligibility. I shall do this in as casual a manner as the occasion demands; for the time has by no means come for this question. My time has not yet come either; some are born posthumously. One day institutions will be needed in which men will live and teach, as I understand living and teaching … But I should regard it as a complete contradiction of myself if I expected to find ears and hands for my truths today: the fact that no one hears me, that no one accepts my ideas today, is not only understandable, it even seems right to me.”

Current  I  Artists  I  Contact  I  imprint  I  data protection